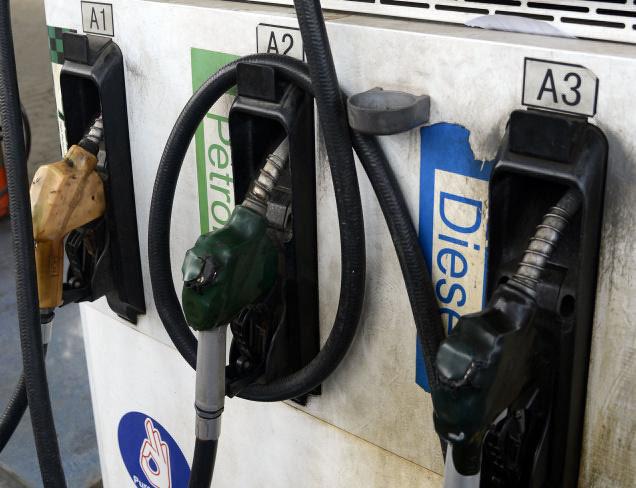 Trucking companies continue to praise the falling diesel prices as diesel prices hit 6 year lows. According to the Department of Energy’s weekly report, diesel prices dropped 5.9 cent drop this week. With the decrease, the U.S.’ average per-gallon diesel price fell to its lowest point since October 2009.

Due to falling diesel prices, trucking companies in the U.S. have been recording record profits that have fueled the trucking industry. “Your talking about lower diesel prices in all sectors,” Truckers Logic CEO Spencer Jensen states. “This is positive for both trucking companies and owner operators. It allows for growth in other areas of the business. It’s also a glimpse in the near future as improved fuel economy in trucks become more of a reality.”

Year to year, average diesel prices are already over a dollar per gallon less. The U.S.’ average price for a gallon of on-highway diesel is now $2.723 nationwide, which is $1.135 lower than the same week last year. Diesel prices this week are the lowest in nearly six years, since prices were at $2.705 during the week ending Oct. 19, 2009.

The dropping fuel prices were not concentrated to only one area. Fuel prices dropped in all regions across the United States. The most significant fuel decreases were in the Central Atlantic region, where prices dropped 6.7 cents, followed by New England with prices dropping a total of 6.4 cents. 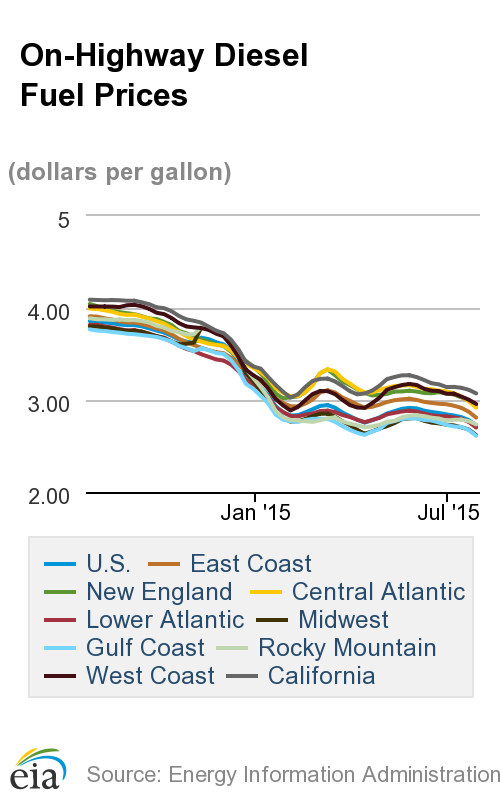 The Fuel Surcharge Index had diesel prices dropping 6 cents during the week to $2.651 per gallon nationally. According to FSI’s data, fuel prices are below $3 in every region with New England being the highest at $2.926, and the Midwest region being the lowest at $2.581 per gallon.