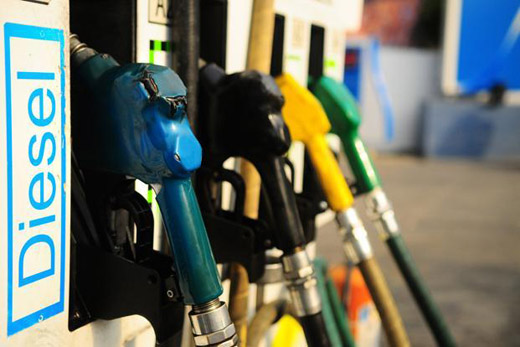 The national average price for a gallon of on-highway diesel fell 3.3 cents in the week ended Nov. 24 to $3.628, according to the Department of Energy’s Energy Information Administration.

This is the second week on a row the national average has fallen, marking 19 out of the last 21 weeks that the price has seen a week-to-week decline. The price of diesel bucked its downward trend two weeks ago, rising 5.4 cents. The last two weeks, however, made up for that increase — this week’s 3.3-cent drop and last week’s 1.6-cent drop.

U.S. diesel prices are at  nearly a four year low. This week, diesel prices were at the lowest we’ve seen since February 2011. The Nov. 24 price was also 21.6 cents lower than the same week last year.

Experts and analyst believe that diesel prices are likely to drop even lower and that is a big boost to the trucking industry.

Diesel price averages are down in all 10 regions in the U.S., according to the Energy Information Administration. The largest average decrease was in the California region, where prices at the pump went down by 4.4 cents per gallon. Prices went down 1.4 cents in the Central Atlantic region, the smallest decrease in the nation.