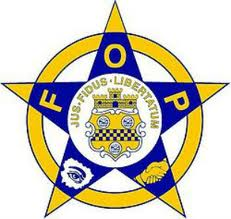 The National Fraternal Order of Police Thursday came out in support of the amendment to the Transportation, Housing and Urban Development and Related Agencies (THUD) appropriations bill that would suspend two key provisions of the current Hours of Service restart rule.

The amendment was introduced by Sen. Susan Collins, R-Maine, during Senate Appropriations Committee debate on the THUD appropriations bill. It would require that the provision allowing use of the restart only once every seven days and the provision requiring that a restart include two consecutive 1 a.m. to 5 a.m. time periods both be suspended for one year pending the completion of a field study on how the rule, which became effective July 1, 2013, impacts safety.

The committee passed the amendment on a 21-9 bipartisan vote with all Republicans and seven Democrats voting for the amendment.

When it reached the Senate floor June 19, the THUD appropriations bill became part of a $180 billion hybrid appropriations bill that included funding for five federal departments, including the Department of Transportation. But when lawmakers got into a partisan argument over whether it would take 51 or 60 votes to attach amendments to the bill, Senate Majority Leader Harry Reid, D-Nev., called a halt to the debate and pulled the bill off the floor.

When or if it will be called back to the floor for more debate remained in question Friday.

“I am writing on behalf of the members of the Fraternal Order of Police to advise you of our support for the effort to temporarily delay two recently implemented provisions within the Hours of Service regulations governing truck drivers until a comprehensive study of the public safety impact of these new regulations is conducted,” Chuck Canterbury, president of the 330,000-member national FOP said in a letter to four members of Congress, including Collins.

Canterbury said from a police perspective, the suspension makes sense, given the fact that the two provisions are pushing big trucks onto the highway at ill-opportuned times.

“The new rule would necessarily push these heavy trucks into the peak hours of roadway use, interfering with everyday commuters, children going to school and morning traffic volume,” he said. “In recent testimony, the FMCSA Administrator Anne S. Ferro admitted that the proposal did not consider the impact this new congestion would have on public safety or existing congestion issues. Without this information, we believe it is irresponsible and potentially unsafe to implement the new HOS regulations.”

Canterbury said the FOP wanted to make it clear the organization is not seeking a nullification of the restart rule as a whole, just the two aforementioned provisions.

He also said that there was no link between the proposed suspension of the two restart provisions and the accident on the New Jersey Turnpike in which comedian Tracy Morgan was injured.

“Nothing in current or pending regulations contributed to this tragic event, as the alleged actions of the driver were unlawful under both regulatory schemes,” Canterbury wrote.

“The FOP’s objective in this matter is to ensure the greatest possible safety of all those traveling our roadways,” Canterbury wrote. “We should not proceed with changes to the current safety regulations without knowing the impact that these trucks will have on our roads.”