Rail services are still a vital transport method used all over the country and such services could soon be in jeopardy. Rail services are not as widely used as trucks but they are cheaper. However, due to the recent rise in demand and issues with rail services, the impact may soon affect our economy.

Representatives from grain producers and chemical and automobile manufacturers testified before a Senate panel that poor rail service has cost them business because they can’t get enough rail cars to move their products and then can’t get the trains to move fast enough. Rail service backups are very likely and that could mean trouble for businesses and the economy. 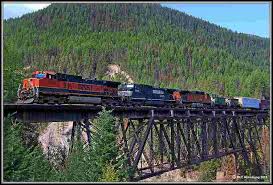 The economy is already reacting to delays in rail services. From the Eastern U.S. to the Pacific Northwest, rail transportation continues to be delayed. While manufacturers and industries will be the hardest hit, consumers may feel the effects also.

President and CEO of the Association of American Railroads, Ed Hamberger, admitted that rail services have been less then adequate and performance is lacking. Billions of dollars are being spent to lay new track and to hire new employees. Funds are also being used to add new locomotives for the rising demand. “We did not see the surge in traffic coming,” Hamberger acknowledged. “Many of our customers did not, either.”

Grain and feed from record growth this year will only add to the fire when the time comes. It isn’t to far away. Many farmers are still emptying their backlog due to the harsh winter. Giving the record growth added to the poor rail services we’re already experiencing, this can cause some harsh conditions that will no doubt effect our economy. 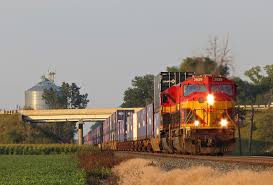 Hamberger also stated that railroads carried more freight last month than at any time since October 2007, before the recession. He said the industry had invested $25 billion each year in 2012 and 2013 on capacity improvements, and it planned to spend another $26 billion in 2014.