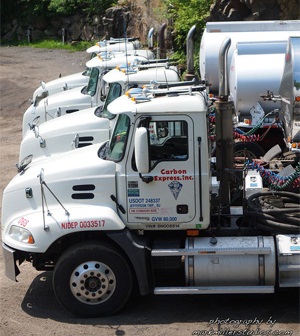 “If I am reading the market correctly this should be the first of many pay increases,” says Carbon Express President Steve Rush. “As the market for drivers intensifies, and it will, then pay will be one of the primary ways for companies to attract and retain drivers. It is my intention to be a leader in this regard.”

Carbon Express has experienced dynamic growth over the last 18 months. The company began by making substantial investments in the areas of technology, equipment, building expansion and people.

“We have increased our staffing significantly both in the managerial and administrative ranks” Rush says. “Once that foundation was laid we secured sufficient growth to allow us to build our fleet and add drivers. Just over the last ninety days we have added eight excellent new drivers. I hasten to add four of these men are 23 years of age. This has all caused a tremendous amount of excitement around the company.”

Carbon Express also announced plans to implement Driver Incentive Plans with increases for such things as fuel mileage, accident-free miles, zero injuries, and on time delivery and pick up.