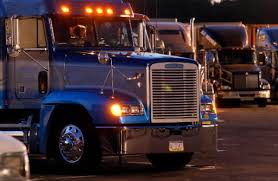 In a letter sent to the Senate Appropriations Committee and the Senate Transportation Appropriations Subcommittee, former FMCSA Administrator Annette Sandberg expressed strong support for an amendment to a bill proposed by Sen. Susan Collins (R-Maine) that would roll back the restart provision within the hours of service regulations.

The changes to the 2015 Senate Transportation and Housing and Urban Development bill were adopted earlier this month by a bipartisan 21-9 vote in the Senate. The bill would provide temporary relief from two revisions to the hours of service (HOS) regulations governing truckers that the former administrator claims are “having unintended consequences.”

In her letter to the Senate committees late last week, Annette Sandberg claims the revision in the “restart” rule imposed by FMCSA in June of last year was “done without the benefit of proper scientific research, and is hurting highway safety.” She calls Sen. Collins’ proposal “common sense reform.”

Sandberg said temporary suspension of two new provisions in the 34-hour restart rule makes the road safer, adding any implication that the changes have anything to do with the crash that injured comedian Tracy Morgan and killed another comedian in New Jersey earlier this month “is political opportunism at its worse.

“Any driver who gets behind the wheel while tired or otherwise impaired is breaking the law,” she wrote. “If the driver failed to use his minimum of 10 hours per day off-duty time to get rest, then it is his poor choices that led to the crash.”

Sandberg said the trucking industry supports nearly all of the 2013 amended rules, including limits on daily driving and weekly work. It also backs the mandatory 30-minute rest break drivers must take during their shifts as well as the 10-hour mandatory off-duty period they are required to take after their shifts.

“In fact,” she wrote, “the trucking industry has publicly supported the issue of what is called the restart, which allows a driver to reset their workweek by taking 34 consecutive hours off.

“However, the restrictions of the 2013 hours of service rule prevent drivers from using the restart more than once a week and require the restart time to include two periods between 1 and 5 a.m. This change was done without the benefit of proper scientific research, and is hurting highway safety — as well as the economy.”

The former FMCSA administrator said the restrictions, “push more truck traffic onto the highway at 5:01 a.m. — or when America’s commuters are hitting the road to go to work or when children are heading to school. These early morning hours are the riskiest time of day for trucks to be on the road. A truck driving between midnight and 3 a.m. is a third less likely to be involved in a crash as one traveling between 6 and 9 a.m.

“However, as with many things in Washington, common sense and a practical approach are not welcome participants in the proceedings. Recent high-profile truck-involved crashes have been seized upon by industry critics — including the Teamsters Union — as a reason to not only keep the current risk-raising restart restrictions, but to accuse truck industry leaders of trying to roll back the entire hours of service rules.”

Truckload Linehaul Rates In North America Up 5.2 Percent In June