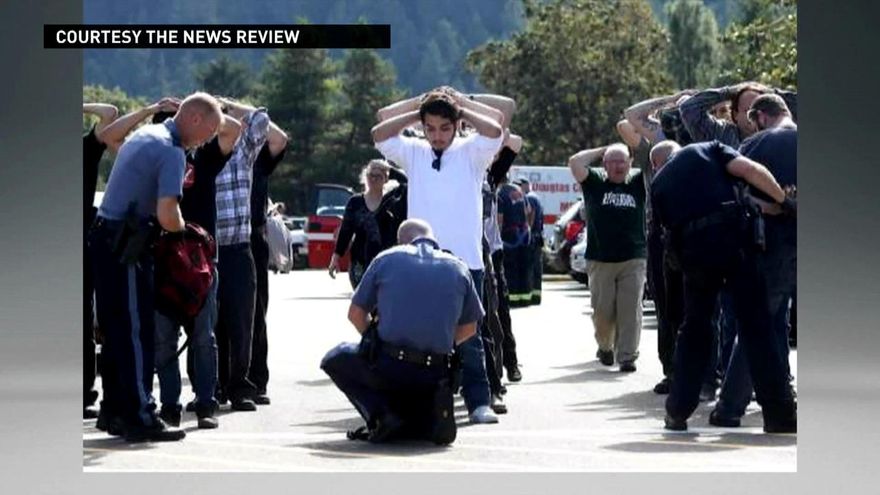 Ten people were left dead this morning and another 7 were injured as a gunman held students at gunpoint. The shooting happened at Oregon’s Umpqua Community College, yet another mass shooting on school grounds. The gunman was later identified by law enforcement officials as 26 year old Chris Harper Mercer.

Law enforcement first stated that the gunman was 20 years old but through talking to friends and sources, the correct identity of the gunman is that of Chris Harper Mercer. The shooting occurred Thursday morning after 10am. Several people called 911 and claimed they heard shootings. We know that police found 4 reported guns, 3 handguns and one long rifle. State police are currently investigating where those guns were purchased.

At this time, we don’t much about the gunman or any type of motive. Investigators took to social media looking for clues but couldn’t find much on the Oregon college shooter. They did find a picture on his MySpace page with a gun. Interestingly enough, someone did send a message out on social media telling those who would listen to not attend school today if you lived in the Northwest.

Thanks to the quick response by law enforcement today, many lives were saved. Now, investigators begin putting the pieces together as Harper was shot and killed. Investigators want to know if this was a hate crime, because if that’s true, we will see the Feds likely tomorrow morning at the Umpqua Community College campus. We know police and investigators are contacting friends, family and any known associates. 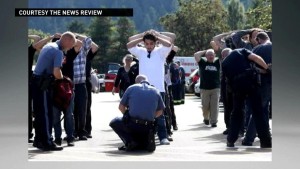 We also know that the gunman was heavily protected and armed. Harper was wearing body armor, had 4 guns that we know of and had a lot of ammunition. He prepared for a war and knowingly knew he would soon battle police. He was armed for a prolonged fight.

The shooting appears to have started in one building before the gunman moved to the school’s science building, a source with knowledge of the investigation told CNN. Those killed and wounded were found in at least two classrooms. ATF agents were also on scene and canine teams were sent to search for explosives, fire arms casings and ammunition, a spokesman said. We also know that the FBI is on scene at this time.

Obama, the answer isn’t to take away guns. The answer is protecting our schools and colleges with what ever means necessary. Bottom line. If that means metal detectors and more officers, so be it! It has to be done. 10 more lives gone due to the Oregon community college shooter. How many more must we lose?

Don’t Forget The Victims And Families

Most importantly, our thoughts and prayers go out to all the victims and families involved in today’s terrible events. The last thing that should ever happen at a college is this. We ask that you keep those 10 beautiful students in your mind and hearts. “Our hearts go out to you all.”