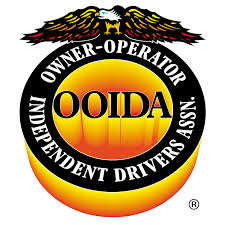 In official comments to federal regulators, the Owner-Operator Independent Drivers Association says a proposed mandate for electronic logging devices on all trucks would have negative consequences on drivers’ health, privacy, safety and economic interests.

The notice proposes what an electronic logging devices would do to track drivers’ hours-of-service compliance while following a directive by Congress and the courts to prohibit ELDs from being used by motor carriers to harass drivers.

“OOIDA files these comments because of its serious concern that the use of ELDs for monitoring driver compliance with HOS regulations would have wide-ranging and negative implications for the health, privacy, safety and economic interests of all U.S.-domiciled truck drivers and motor carriers including members of OOIDA,” the Association stated in its comments.

OOIDA contends the devices described by FMCSA are not capable of automatically recording a driver’s record-of-duty status – RODS – nor does it explain how law enforcement will check for compliance or what they can do with the data.

“Today, (ELD-equipped) vehicles are often waived through the inspection process by officers who are unable to deal with electronic RODS and/or who make the unwarranted assumption that drivers operating vehicles with ELDs must be in compliance with the HOS regulations,” the comments state.

While an “approved” e-log may track driving time, it cannot possibly track when a driver is on duty, not driving, such as when the driver is held up at the docks by a shipper.

OOIDA suggests in a logbook demonstration how it would be possible for a driver to log a workday as compliant while actually running up to 11 hours outside the scope of compliance – and specifically how the ELD would not be able to tell the difference.

Requirements On Harassment Not Met

The FMCSA issued its supplemental notice in March, in large part, to address the concerns of OOIDA, Congress and the Seventh Circuit Court of Appeals that electronic logging devices can be used as a tool by motor carriers to harass drivers. The Seventh Circuit tossed FMCSA’s initial rule on “electronic on-board recorders” in August 2011 because the administration failed to address OOIDA’s concerns about harassment.

The 2012 highway bill passed by Congress requires the FMCSA to pursue an e-log mandate, but it also said the administration must not let e-logs be a tool to enable harassment.

OOIDA believes the current supplemental notice from FMCSA does not satisfy the statutory mandate set forth in the highway bill and by the courts.

The FMCSA’s e-log proposal opens a “giant loophole” for carriers to harass drivers to drive as long as they have available hours on their clock, even if a driver is ill, fatigued, or has been subjected to long waiting periods while not driving, OOIDA’s comments state.

The Association questions the FMCSA’s reported benefits of ELDs.

The Association believes ELDs could actually make things worse based on the fact they don’t automatically record changes in record-of-duty status.

“Such devices are more likely to make HOS compliance worse than would otherwise be the case if nothing were done at all,” the comments state.

In comments to the docket, many small-business truckers have also raised the issue of cost, including but not limited to purchasing equipment, service, maintenance and repair of equipment and the costs associated with driver turnover.

Lastly, but just as important, OOIDA raises concerns about drivers’ reasonable expectation of privacy under the Fourth Amendment. In its commentary, the Association cites various cases in which courts have decided on issues related to tracking and monitoring of citizens through GPS and other sources.