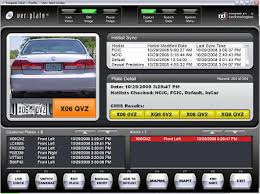 New Bill Would Change A Lot

Automated license plate readers would be able to track the movements of drivers. This advanced technology is already used by police and private companies. These high-tech cameras are able to catch nearly 2,000 pictures per minute. States such as California and Rhode Island are pushing the proposal hard and it continues to get the support it needs to become a law.

California Senator Jerry Hill has been highly supportive of the proposed bill. With the support of his associates, the bill could be in front of California legislation very soon. “ALPR technology has become a critical component of modern policing, but as the use of technology has increased, so has the concern of civil liberties,” Hill stated.

The state of Florida is also interested in adding the same technology. Just like California and Rhode Island, Florida is concerned about the right to one’s privacy. Florida has stated that they would limit the records from being public.

The trucking industry is already aware of such technology. This is similar to the same technology that is used to scan trucks on the road and scan drivers at road tolls. Reports have stated that at least 10 more states are interested in the technology. How do you feel about these proposals? Is your privacy a concern? Be sure to let us know below!

Top Level Management In The Trucking Industry Honored By ATA