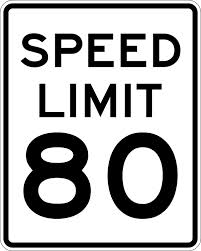 Idaho Governor Butch Otter has signed legislative law that would increase Idaho’s speed limits to as high as 80mph. The new law would set a speed limit of 80mph on Interstate roads and 70mph on state roads. What does this mean for truck drivers? Perhaps quicker hauls? Not exactly. Well, truck drivers could be set to go slower as much as 10mph. The final decision will be left up to Transportation Department of Idaho. The Wyoming DOT will run studies to see if the roads can handle the extra speed, the same process as all other states.

Currently, Texas and Utah are the only two states that have top speed limits of 80mph. The new  Idaho speed limit law won’t take effect until July 1st. Between now and then, the DOT will test the roads and ensure that the new speed limits will be safe. As always, there are supporters and those against it. Some reports have stated that many people drive high speeds anyway. Most of Idaho’s roads are spacious and they can handle the speeds. Who doesn’t go over the speed limit from time to time?

Although the law is ordered to pass on July 1st, it’s very possible to see speed limit increases this Spring. The new speed limits will decrease haul times and it could benefit truck drivers despite having to go up to 10mph slower. What do you think about the new Idaho speed limit law? Do you think it will benefit you as a truck driver? Let us know what you think. If you drive through Utah and Texas, has the increased speed limit helped?