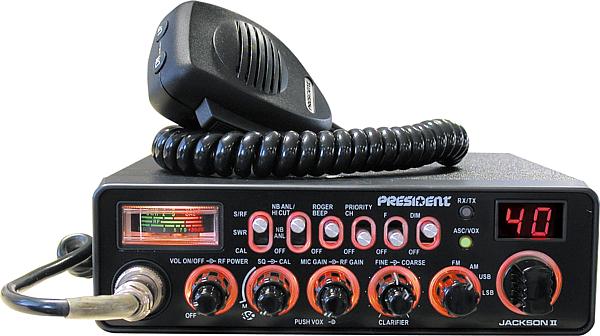 Who doesn’t want the best CB radio, right? While the trucking industry has seen its share of technology advancements in the past decade, the classic CB radio has stood the test of time. Big CB brands like Cobra and Midland continue to improve their products. Yet, when it comes to the best CB radio on the market, the opinions are endless. After many years of driving and trying out CB radios of my own, I figured I’d offer my guidance on them to help all of you out when you get to purchasing your new CB. 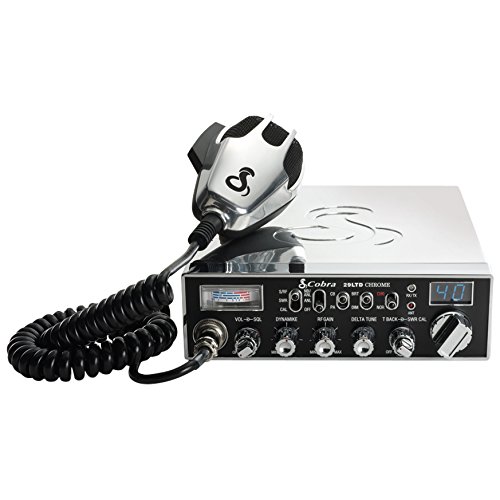 One of the best CB radios I’ve used is the Cobra 29 LTD CHR 40 channel CB radio. Priced at only $75.22 on Amazon, it’s one of the top CB radios you can get for the price. As you can see above, it’s pretty damn sexy too. I love the look, design and feel. I know the whole purpose of a CB radio is for communication, so performance matters. If you’re like me though, you want a bad ass truck and a bad ass CB. Period.

Just so I’m clear, the Cobra 29 CB radio is a hands free device. It has Bluetooth capabilities, very useful if you’re driving in one of those states that don’t allow you to be on the smartphone. I’ve had this Cobra CB for a few months now and I love it. Everyone loves the chrome design, but it performs great for a 40 channel CB.

This Coba CB has 4 watts of output and has all FCC approved channels.
Cobra 29 LTD CHR 40-Channel CB Radio With PA Capability 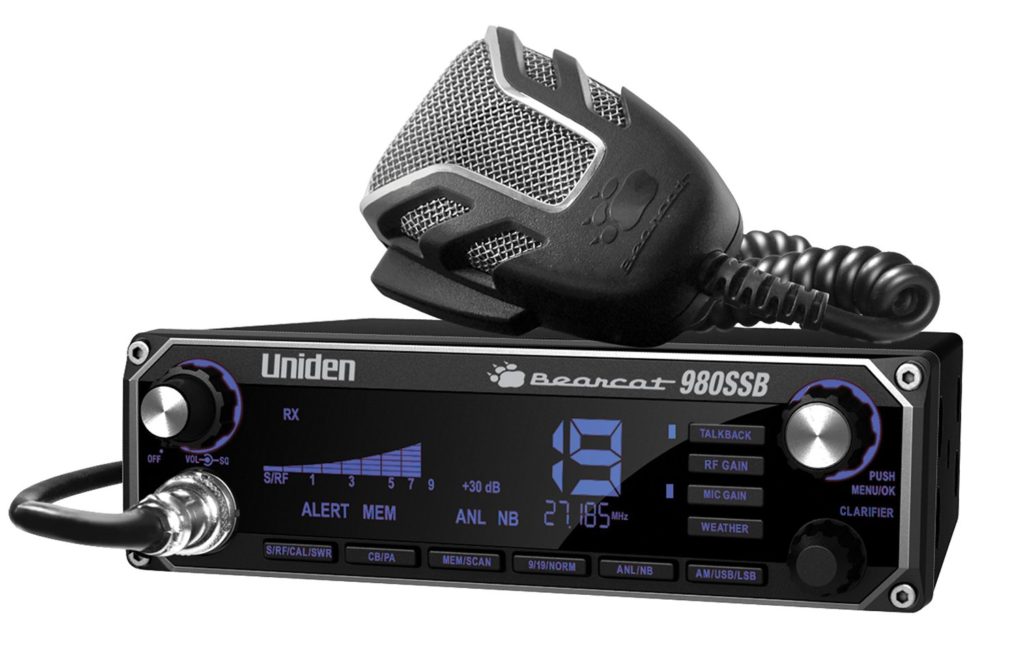 The Uniden Bearcat CB Radio certainly deserves the recognition as one of the best CB radio units on the market. The Bearcat 980SSB CB radio is fun, sleek and certainly has some features that make it a must-have unit. On Amazon, you can buy it for $140.69.

I had less time to play with this one. After tuning it up, I was able to get around 18 miles out. The SWR allows you to match the antenna. The night look of the Bearcat is something special, really looks great inside the cab. 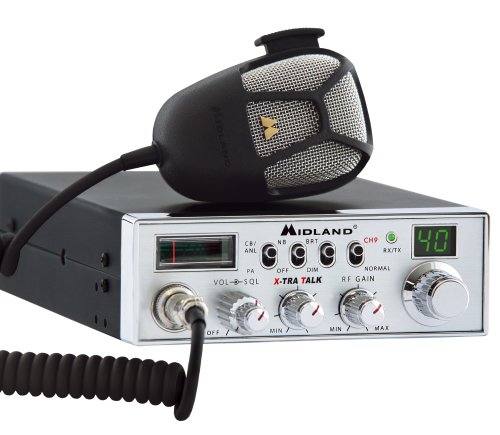 The Midland 5001Z 40 channel mobile CB is another opportunity to get a good quality CB radio for less. On Amazon, they only cost $56.46. This Midland CB has 4 watts of output, a feature called Xtra Talk Mic Gain and others.

The look of this Midland CB radio is simple but it performs great. It has a good sound and it’s a great small unit. I wanted to include it in our CB list because it’s only $60.99 and you can reach 20 miles away and still hear/talk good.

The Midland 5001Z CB radio comes with a C-Mic, it still has 4 pins like the other traditional CB radios. 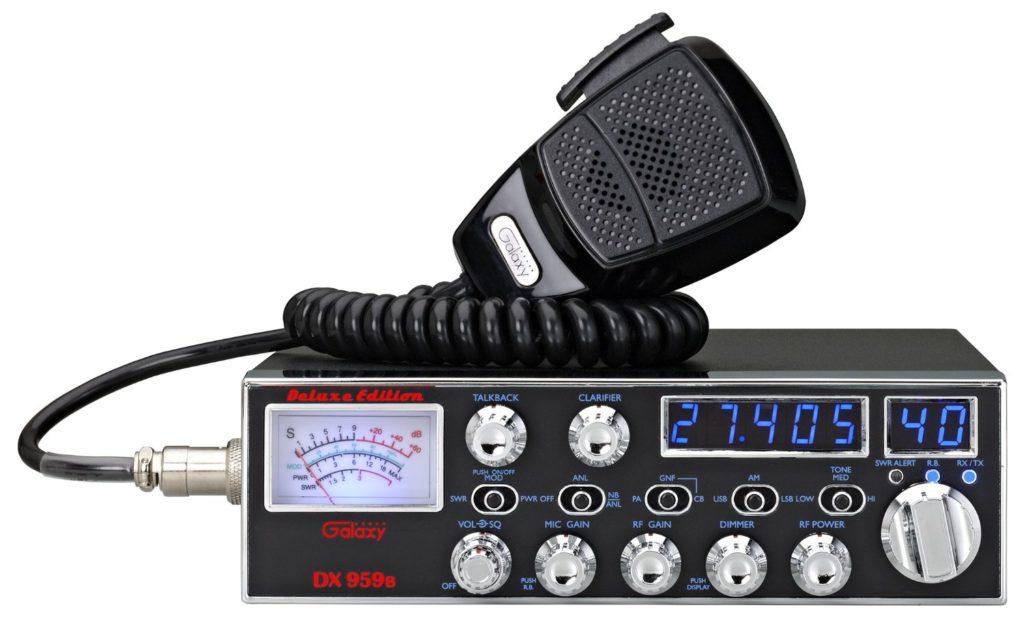 We couldn’t have a best CB radio list without adding at least one Galaxy CB radio unit, so my top choice was the Galaxy DX-959B mobile CB radio. This Galaxy DX-959B CB radio is listed on Amazon for $171.75.

For those of you needing to reach out 50-90 miles, the Galaxy 959 CB radio will get you there. The audio is amazing. The SWR is great. The transmit is 4 watts to 2 watts dialed back and about 12 watts on SSB.

The talkback feature is cool. It has all the bells and whistles you look for in an upper tier CB radio.
Galaxy DX-959B Mobile CB Radio with Blue Frequency and Channel Digits and Backlit StarLite Faceplate