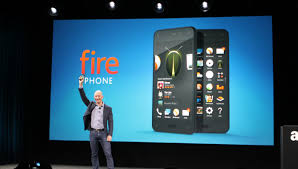 If you could get the Amazon Fire phone for just $0.99, would you? Amazon is about to find out and you as well.  Amazon just announced that the Amazon Fire phone will only be $0.99 with a two year contract. The company cut the price to 99 cents, from $199, for the 32-gigabit version with a two-year contract, according to a statement by Amazon. The 64-gigabit version will sell for $99, which was originally priced at $299. 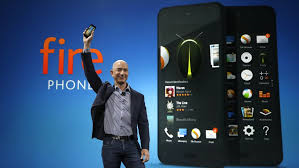 The news from Amazon suggest that sales for the Amazon’s Fire phone are no where near what was expected. The Amazon Fire Phone just debuted only two months ago. However, this could be a power move since Apple is expected to release the new Apple iPhone soon. Since the Fire phone’s release, reviews have been very mixed, certainly not what Amazon hoped for.

With the release of the Fire smartphone in late July, Amazon expected to sell 2-3 millions units by the end of the year in the United States alone. Amazon spent a lot of money on the Fire phone, certainly believing the smartphone could hold up against smartphone favorite Apple, but has underperformed to date. The Fire smartphone was designed to make online buying better for the user, giving everyone a better buyer experience.

The Amazon Fire smartphone still has some great features and for a $0.99, it’s well worth getting. The Fire phone from Amazon also comes with new technology called Firefly. Simply press a button on the side of the phone and you have instant access to contacts and internet. The Firefly technology has instant recognition of movies, TV shows, and music, giving the user information on anything from actors, song artists, albums, and more. Another feature of Firefly is the ability to quickly add items to your Amazon Wish List, or allowing you to place your order from your phone.

The Fire phone from Amazon has a 2.2 GHz Quad-core Snapdragon 800 CPU. This will allow for extremely fast launching of apps, fast load time for websites, and the ability to switch between tasks quickly. The Adreno 330 CPU enables fast graphics and immersive gaming. That coupled with its 2 GB of RAM gives it plenty of power.

The 4.7 inch screen, larger than many competitors’ smartphones, allows for clear viewing with 1280 x 720 resolution. It comes with an ultra-bright display which allows for easing viewing both inside and outside.
The 13 megapixel camera shines bright compared to leading smartphones and is sure to create clear and sharp pictures. Launching the camera when the screen is off only takes about a second.

Videos taken will also be sharp with the 1080 HD, 30 fps camera. There are two speakers with Dolby Digital Plus included. The new Fire phone from Amazon also comes with all of the things you would expect out of a smartphone. Wi-Fi and Cellular, GPS, and cloud storage are some of the features you will see with this phone. The strong battery gives you up to 285 hours in standby, 22 hours talk, 65 hours of audio, and 11 hours of video.

Amazon did also mention that the $0.99 Amazon Fire phone still comes with a full year subscription of Amazon Prime. The Apple iPhone 6 is set to launch tomorrow on September 9th. If your in the market for a new smartphone anyway, the Amazon Fire smartphone is well worth $0.99.