The National Highway Traffic Safety Administration (NHTSA) has a great tool called VIN Decoder that allows you to look up vehicle VIN numbers. The VIN Decoder tool is absolutely free for you to use.

Check it out here.

If you want to check the release notes, you can do so here.

The Department Of Vehicles (DMV) also has a Decoder for VIN numbers. The DMV Decoder tool can be accessed here.

Why decode a VIN number? Well, there’s a few legal reasons why someone may want to look up a vehicle identification number. I knew a friends who did this all the time. They would go out and look for classic cars. To make sure their antique cars were what they’re were being told, they would use a decoder tool to get the VIN.

Some people may think that VINs are just random numbers, but that’s not the case. In fact, each section of your VIN code is important. 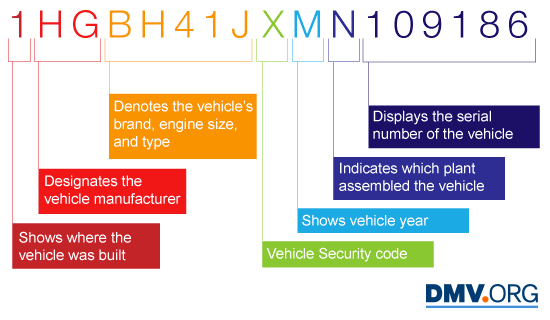 As you can see above, each section of your VIN tells a specific fact about the vehicle you’re looking up. There’s a total of 7 sections that your VIN explains as the DMV shows us above.

As shown above in the image, the 10th character of the VIN indicates the model year for the vehicle you’re looking up..

Where Is The VIN Number?

Although different vehicles have different locations for their VIN, most of them can be found on the right bottom of the window seal. Don’t forget, there’s a few more places where you can find your VIN.

Sickness on the Road – Knowing Your Limits