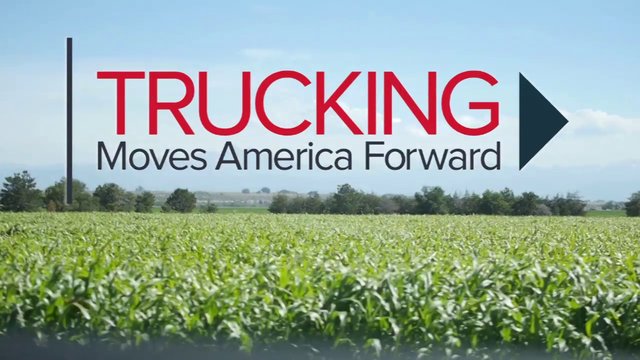 Last year at the Mid-American Trucking Show, Trucking Moves America Forward (TMAF) was officially announced. A year later, the Trucking Moves America Forward has raised $1,000,000 to promote the trucking industry. “We have achieved great strides during our first year of the movement, and we are grateful for everyone who has contributed to TMAF through both financial and in-kind support,” said Kevin Burch, co-chairman of TMAF, president of Ohio-based Jet Express and second vice chairman of American Trucking Associations.

The trucking industry group has big plans for 2015. In the new year, the group stated that they wanted to help ensure that the public and government completely understand the importance of the trucking industry; The want everyone to know the impact that trucking has on the American economy. The goal in 2015 is to build stronger political ties and support necessary to strengthen and grow the industry for the future. Trucking Moves America Forward shared their plans to “be a significant and distinguished voice supporting the trucking industry by establishing policy and promoting its advocacy, while advancing the perception of the industry by highlighting its essentiality, safety, technology and sustainability throughout the country.”

Keith Tuttle, Motor Carrier Service, LLC president, chairman of the Truckload Carriers Association and a supporter of Trucking Moves America Forward was in attendance in Louisville to show his support for the year old group “Image is at the very heart of TMAF,” Turtle stated. “It tells the story of trucking from behind the wheel…TMAF is giving fleets the (market and public relations tools they need to spread the positive word about this industry.) No other movement has been able to bring together every single aspect of the industry.”

To help reach this goal, the organization has already created an interactive website, a Facebook page, sharable images of the industry and six videos (available on UTube) that feature real industry people talking about and demonstrating the safety, essential nature and economic impact of the trucking industry. They have also created banners and full trailer wrap kits, available for about $3,000, including installation.

Dick Pingel, an OOIDA board member, represented the trucking owner-operators at the event and called for everyone to continue building upon the current momentum.

“It’s amazing to witness members from all areas of the trucking industry encourage each other and recognize how their roles are interconnected. From the professional truck drivers, to the technicians, travel-plaza attendants, dispatchers, and others, all who have joined together and are willing to make a real difference. But we must continue to grow, so that as a strong, united force, we can maintain a healthy, thriving industry,” Pingel added.