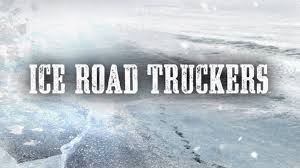 Season 8 of History’s Ice Road Truckers will begin tonight, Monday July 7th at 10/9C. Season 8 of IRT is one of the most anticipated seasons thus far, especially after the brutal winter we had and big news on the show.

The warriors of the ice roads are back, hauling vital cargo to remote communities over some of the most dangerous routes in the world. But, this season, the toughest job in the world just got tougher.

A polar vortex has descended onto the Canadian backcountry, creating the most severe winter in over a century. Freezing winds, towering snow and blinding whiteouts push the drivers to their emotional and physical breaking points.

But despite the brutal conditions, Polar Industries and VP Express aren’t backing down from the war that started last year. VP boss Hugh Rowland has stolen ice road legend Alex Debogorski away from Polar. Although they’ve been rivals in the past, having the two titans together on the same team might just provide the edge VP needs to run Polar out of town.

But Polar owner Mark Kohaykewych has made a score of his own, snagging VP Express’ top driver from last season, Todd Dewey, to add to his roster of Lisa Kelly, Darrell Ward and Art Burke. And, this year, he’s expanding the company map, venturing even further onto some of the least traveled and longest ice roads in the world.

For the rough riders of the frozen frontier, this season is a non-stop ride over thin ice. The Season 8 premier of Ice Road Truckers is titled “The Gathering Storm.” All of the truck drivers from IRT Season 7 will be back, all but Joey Barnes. This will be the first season that there won’t be any new truck drivers on the hit show.