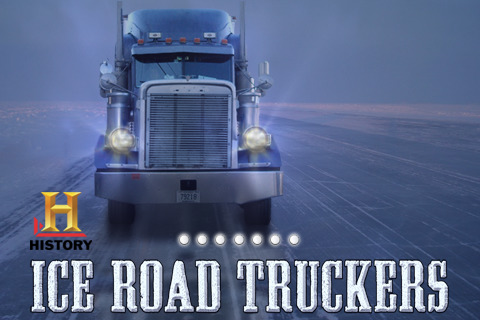 Season 9 of the hit History Channel show Ice Road Truckers is set to get back into action on October 4th. What a wild and crazy season 9 we’ve seen so far. New alliances, new rivals and some of the same frozen legends pulling freight. And it just seems like the show continues to get better.

This season premier was one for the ages as the balance of power on the winter roads was turned upside down. Reigning champ Polar Industries is back and better than ever, but they have the competition breathing down their backs. Trucking rival, Darrell Ward, isn’t backing down. Ward is working hard to turn his upstart company into a force to be reckoned with in ice country. It didn’t take long for “it” to hit the fan either. His first order of business was trying to recruit an ice road legend out from the grips of Polar Industries. The bold move sparked a lot of anger.

The war for ice road supremacy is at an all-time high and Polar Industries is pushing their drivers to the absolute limit. Polar’s top driver, Todd Dewey, was forced to dig himself out of mountains of fresh snow or risk a dangerous night in freezing temperatures. Clear to see that stress is building between all the rivals.

Polar Industries To The Record Books

Polar Industries hit the record books early in the season as driver Todd delivered the heaviest haul in company history. Ice Road Truckers’ favorite Lisa landed an exclusive contract over one of the wildest trails in Canada and the move has been beneficial to her new business.

Polar boss Mark Kohaykewych had everyone talking when he brought on rookie driver Mike Simmons. But when the rookie was paired with company wildcard Art Burke, the road trip was anything but “easy-going.” Todd Dewey and Darrell Ward continue to battle one another as both hit newly opened trails early in the season. Todd ended up on the side of the road broke down. Even the best can get lost as long-time favorite IRT veteran Alex Debogorski did early in the season but experience helped him find his way home.

Lisa And Darrell Making A Name For Their Business

New business owners Darrell and Lisa finally caught a break when they scored a high-stakes mission-transformers desperately needed for a distant town’s electrical supply. And the load proved to be a difference maker. Todd Dewey continued his rocky season he ran into trouble with a government contract. Truck problems continue to plagued Polar driver Art Burke, putting his entire season into jeopardy. Ice road rookie Mike Simmons delivers his first solo load in the frozen tundra.

Darrell Ward and Lisa Kelly continued to build success for their young business, but not without trying times for the pair. Darrell broke down but managed to save the company’s tail. Todd Dewey has had one of the toughest seasons to date. Bad luck follows him like a shadow. He had to backtrack backtrack hundreds of miles to recover lost freight while risking losing a vital contract that could have ruined Polar. Rookie driver Mike Simmons and Art Burke have had trying times.

As we head to the back half of the season, the ice roads are beginning to melt. Polar Industries is trying to continue their dominance. Lisa and Darrell continue to make a name for their upstart business. But who will come out on top? Who’s ice road trucker journey may be over? These questions and more will be answered  in time, so don’t miss Ice Road Truckers October 4th.