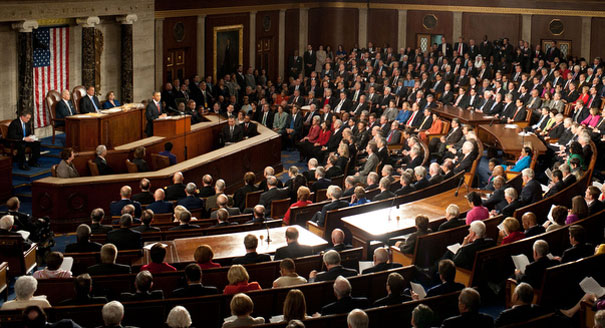 With time running short and another government shutdown on the horizon, Democrats and Republicans finally came to an agreement to pass a $1.1 trillion spending bill that did include the 34 hour restart suspension. Late last night, the Associated Press reported that the provision offered by Sen. Susan Collins, R-Maine, to suspend the 34-hour restart provision was included in the final bill. She did make a public comment on the subject.

“We’re pleased that the Collins language is included in the FY 2015 omnibus spending bill,” ATA President and CEO said in a statement. “We now urge the House and Senate to pass the overall bill and that the president sign it into law.”

The trucking industry has been waiting for this for over a year, an ease on regulations that FMCSA implemented back in 2013. The requirement that a driver’s 34-hour restart include two 1 a.m. to 5 a.m. periods and the provision limiting the use of the restart to one time per week is expected to be included in the spending bill. The suspension of enforcement will last at least until Sept. 30, 2015.

The bill will also enforce the Department of Transportation to initiate a “study of the operational, safety, health and fatigue impacts of the restart provisions,” according to the bill. Several trucking organizations and companies have been urging congress for a suspension of the 34 hour restart rule, including OOIDA and ATA.

The trillion dollar spending bill includes 1,603 pages that covers a number of different topics. The spending bill certainly defines the governmental struggle between both parties. It touches on strict cap negotiations between the White House and the massive deficit. It contains countless GOP policy proposals. Remember, Republicans will have Senate Majority for the first time in 8 years. As described by unhappy liberals, one would roll back new regulations that prohibit banks from using federal deposit insurance to cover investments on some complex financial instruments.

Congress also has a lot of expiring tax breaks coming up that will have to be dealt with. The spending bill will allow the government to run at a normal mass until September 30th end of fiscal year. The bill does not include the Department of Homeland Security. Funds for this department will run out on February 27th.

The spending bill still has to pass the Senate, so the threat for a government shutdown is not over just yet. If passed, the bill when then go to President Obama. If a deal can’t be made, the government shutdown will again loom over an already-troubled government. The majority of both parties seem to believe the bill will pass, but as seen years ago, one can never know for sure.