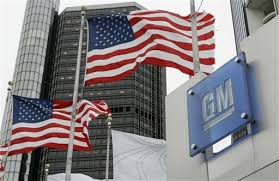 General Motors Co. is expected to spend $2.8B in Brazil over the next five years, Chief Executive Officer Mary Barra announced on Thursday. Barra noted that capital spending will be focused on technology, new products and maintaining plants.

Brazil’s auto industry, which makes up 20 percent of the country’s manufacturing output, has decreased production by 16 percent in the first seven months of the year and laid off thousands of workers. Although Brazil’s auto industry is struggling, GM is sticking to their long-term plan for growth in the country. “We recognize that there are challenges right now, (but) over the midterm and long term we see great prospects in the Brazilian market,” Barra said.

General Motors is already seeing that operating in Brazil is going to be no easy task. A Sao Paulo metalworkers union is fighting plans from GM, plans that could cost the jobs of 1,000 workers. Some workers would be on paid leave but the two can’t come to terms.