Uber’s recent acquisition of driverless truck startup Otto has many truckers wondering how long they’ll be driving. Will truck driver jobs be safe in a year from now? Or, 5 years from now? While talk in the industry turns to truck autonomy, and thoughts about technology of the future makes us believe someday we’ll see driverless trucks, don’t jump to the conclusion you’ll lose your job to a computer anytime soon.

Autonomous vehicles, including trucks, still have many years of safety and logistics regulations to get through. Whether trucks will be some of the first or last vehicles to become completely automated is a topic of speculation. Huge economies of scale and massive savings resulting from driverless technology suggest that trucks might be in the first group of autonomous vehicles on the road. Though, a case can be made for the serious safety hazards that driverless trucks pose, so discussions of truck autonomy might need to go on for quite a while.

The first road-tested autonomous truck hit the road legally in 2015. Since then, Peterbuilt and other vehicle manufacturers have been in development to produce “Super Trucks” that would transport goods without the need of a driver. Also since 2015, truckers’ concerns over losing their jobs because of driverless technology have been growing. Many would-be drivers, in fact, are increasingly reluctant to take on trucking jobs due to fear of job insecurity.

The Case for Driverless Trucks

On the one hand, driverless trucks could greatly reduce the number of truck accidents we see on our roads each year, accidents that severely injure and even kill many motorists. With self-driving technology, a large number of driver mistakes might be omitted, therefore, keeping streets and highways safer.

Scott Grenerth, a director of regulatory affairs for the Independent Drivers Association (OOIDA) said in a USA Today news article that a truck driver must be 100% engaged in driving. That means scanning the horizon for any car changing a tire on the shoulder, doing something reckless, or even driving perfectly. The truck driver has a huge responsibility to take great care with a vehicle that can cause enormous damage to life and property, whether an accident is the driver’s fault or another’s.

On the other hand, there are a number of potential errors that a non-thinking, non-feeling computer might make, including avoiding warning signs that require experience, intuition, and instinct to detect.

We all agree that reducing truck driver error, and truck accidents, is imperative. So, it’s understandable that those who can create technology to avoid these hazards would want to do so. Today, while truckers are still in control of trucks, lets do the responsible thing and show the public how we can safely transport our cargo where it needs to go. Right now, drivers are the safest way to operate trucks, so let’s be diligent in proving our jobs as truckers do matter. 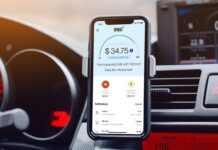 Auto portal reviews the 5 most fuel efficient cars in India