A plan to keep federal highway funding solvent through December no longer includes a hike in the Heavy Vehicle Use Tax hike, but has been amended to increase the fuel tax. 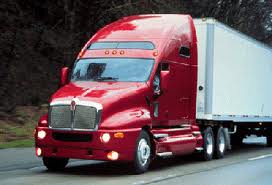 The Senate Finance Committee delayed a vote at its June 26 hearing on the Preserving America’s Transit and Highways act until Congress reconvenes the week of July 7. A day earlier, Chairman Ron Wyden, D-Ore., had introduced PATH to infuse $9 billion into the Highway Trust Fund and give Congress time to pass a long-term transportation funding bill.

The 2012 surface transportation reauthorization law expires Sept. 30, but the HTF will be depleted before the end of this summer.

PATH includes 56 pages of amendments, one which removes the proposal to increase the maximum HVUT from $550 to $1,100.

The HVUT hike also would be removed under a proposal from Sen. Sherrod Brown. The Ohio Democrat offered two amendments, both titled the Fair Playing Field Act, which would find additional HTF money by cracking down on independent contractor misclassification.

The second of Brown’s proposals would end the moratorium on Internal Revenue Service guidance regarding worker classification and allowing prospective reclassification of workers.Senator Tom Carper’s amendment would index the fuel tax to inflation for the first time since 1993. The Delaware Democrat’s proposal would implement three annual increases of 4 cents per gallon.

Last week, Sens. Bob Corker (R-Tenn.) and Chris Murphy (D-Conn.) introduced a plan to increase tax at the pump 6 cents during each of the next two years. This would offset current highway spending levels over the next 10 years and restore the buying power the federal fuel tax to what it was 21 years ago, they said.