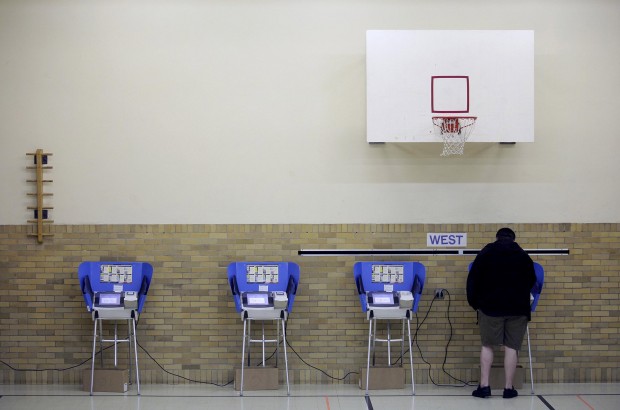 With the Congressional election officially here, we’ve been weighing in on what the election means for the trucking industry. According to the experts, we could see more harsh rulemaking, or many of the regulations in place could start to ease. Experts are mixed, polls are back and forth, and Truckers Logic tries to make sense of it all.

David Osiecki is executive VP and chief of national advocacy for the American Trucking Association (ATA) trade group – noted that no single “national issue” is driving the mid-term elections this year. That is the key note. The trucking industry has been strong in 2014. Nationally, there’s no other major issues. When you start looking at trucking state by state, this is where you start to see the issues.

The Obama Administration has passed a lot of regulations over the last 6 years, mainly thanks to the Democratic advantage in the senate. If the Republicans can take over the Senate majority and keep their advantage in the House of Representatives, experts feel that it will slow rulemaking to pass regulations. This would benefit the trucking industry.

“Voter turnout is really going to be key,” Osiecki stated. “The Senate is what’s really in play and Republicans need to pick up six seats out of the 10 seats in play to claim a majority.” This is no easy task. Georgia and Louisiana are two of the crucial states in play. Osiecki stated that both candidates must win with 50 percent of the vote or face a runoff election.

On the other hand, we would expect higher taxes if Republicans gain back the majority. This is why this election is so mixed. This alone could hurt the Republican Party as the group tries to rebuild a crumbling image.

If Democrats win, should we expect more of the same? Experts feel that it’s likely. If Democrats can get an edge in the House of Representatives, we could see some of the most strict rulemaking we’ve ever seen. Today, it will all unfold as the trucking industry sits back to wait.

Many polls have shown that the 113th Congress has some of the lowest approval rates in history. Americans are not happy with regulations, tax reform, Obamacare and our ever-growing debt. Will America get out and vote today? Only time will tell.