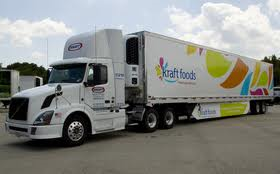 We’re expecting a strong temperature-controlled trucking outlook from now until the end of the year. Record breaking harvest, more regional trucking routes and an increased demand for food are just a few of the factors that are rising the demand for temperature-controlled trucks. Despite the shortage of truck drivers, new regulations and high turnover rates in the trucking industry, the outlook for refrigerated trucking looks very promising.

Some of the trends fueling increased demand for temperature-controlled trucking include: 0.6 percent annual growth in U.S. per capita food expenditures since 1954; overall U.S. population growth of 1.1 percent per year; a 1.3 percent compound annual growth rate (CAGR) in both domestic and imported frozen foods, and increased regionalization of the U.S. distribution network in part to deliver more fresh/organic foods quicker. All of these trends are positive for temperature-controlled trucking heading into the end of 2014 and beyond.

Demand for temperature-controlled truck drivers is also up. Many companies and owner operators are benefiting. Job boards around the country are showing this rise in demand, many of them higher then 2013. We’re also seeing industry growth and expansions. Back in June 2014, Knight Transportation created a new refrigerated division, Kool Trans LLC.  Knight Transportation already operates a temperature-controlled subsidiary, Knight Refrigeration. Although this may seem like a dangerous move, as long as the customer base is large enough to support both as suggested, they should be fine in the market.

Many experts are calling for continued growth within temperature-controlled trucking but state that everyone will not benefit. We’re seeing large demographic shifts all across the country. More young people are seeking the big city life and cities such as Houston, Chicago, New York and Phoenix are expected to benefit the most. Large metropolitan areas such as Southern Florida and Southern California are also growing. This could mean less growth or even losses to the mom and pop temperature-controlled outfits out in the country and less populated areas.

Long-distance refrigerated trucking operators managed to come away from the economic downturn with only minor damage. While reduced consumer spending hurt some industry revenue streams, demand from other markets, including fruit and vegetable wholesaling, remained stable and kept the industry afloat. Revenue is anticipated to rise in the next five years, but growth will still be hindered by increased regulations, competition and new regional demographics.

Experts agree that refrigerated fleets located in big cities are likely to be the companies that benefit the most from growth in the sector. It doesn’t mean that more rural temperature-controlled fleets won’t benefit or growth, just the fact that it’s less likely.

What is LTL? LTL Truck Drivers