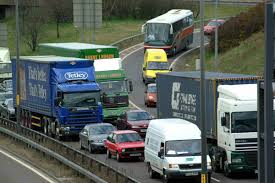 Turnover at large truckload carriers was up slightly to 92 percent in the first quarter, holding above 90 percent for the 9th straight quarter, American Trucking Associations reported today.

Over-the-road truckload turnover rates were largely unchanged from the fourth quarter, but they were down 5 percentage points from 97 percent in the same period last year, ATA said in its quarterly report.

“While high, turnover at large truckload carriers is lower than other years when the driver shortage was as acute,” ATA Chief Economist Bob Costello said. “In 2005, turnover averaged 130 percent, while in 2006, another year with a tight driver market, it averaged 117 percent.”

“Today, the industry has in the range of 30,000 to 35,000 unfilled truck driver jobs,” Costello said. “As the industry starts to haul more because demand goes up, we’ll need to add more drivers – nearly 100,000 annually over the next decade – in order to keep pace.”

Since the first quarter of 2012, driver turnover has been relatively stable for smaller TL carriers, fluctuating between 76% and 82%, ATA said.

Turnover in the less-than-truckload sector fell 1 point to just 10 percent in the first quarter, which was the lowest mark since the second quarter 2013.