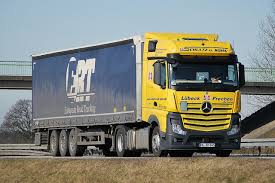 Russia’s Customs Service made a last-minute concession on Monday to stop Russia from being ejected by a U.N.-backed customs system that has expedited European trucking for 60 years.

The TIR system speeds up cross-border trade because it allows trucks to be sealed when they start their journey and to cross multiple borders without undergoing customs checks, saving time and money.

But the system relies on mutual recognition of national trucking bodies, which Russia had jeopardised by announcing that it would replace its national body, ASMAP, with Rostek, a subsidiary of Russian Customs that charged higher fees.

Without ASMAP, European trucks arriving in Russia would have faced higher costs and long waits at the border. But crossing Russia’s border is still not likely to be plain sailing straight away, the IRU said.

“Considering this very late announcement from the FCS RF (Federal Customs Service of the Russian Federation) and the lack of available details, practical problems are still likely to take place at border-crossing points in Russia over the next few days,” the IRU said in a statement.