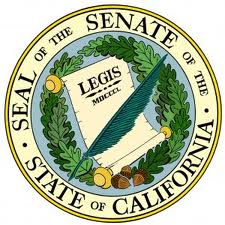 The Senate Appropriations Committee met in California on Monday, May 12, to discuss and consider a bill that would set up a voluntary program to test a new way to get money from highway users.
The bill, known by SB1077, would establish a pilot program in the state to assess the feasibility of taxing truckers and other drivers based on traveled miles within the state. The VMT would replace the state’s fuel tax as people are driving vehicles that get better mileage.

California senator Mark DeSaulnier wrote the bill in, stating that the excise tax is unsustainable. In his own words, DeSaulnier describes his bill as “a critical first step toward California considering a mileage-based fee” as an alternative to the excise tax on fuels. The bill is estimated to cost a million dollars a year to administer.

Two other states, Oregon and Washington, also plan to test the waters with this proposed bill. Other states have also shown interest. A big topic, the fact that vehicles today can go further on a tank of gas. We demand vehicle manufacturers and truck manufacturers to use resources that provide better mileage. Yet, we punish those drivers because the state makes less money off them?

What do you think? California, Oregon and Washington drivers, do you think you should have to pay more just because you get better gas mileage?