Monday left one Pittsburgh restaurant looking like a Hollywood movie set. The only difference, this wasn’t a movie set in California, this was what was left after a semi crashed into a Pittsburgh restaurant, an accident that took the life of the man driving the truck. The truck was owned by Roby Trucking and the trucking company has had a suspicious safety record according to reports.

Roby Trucking’s safety record has been blasted by several trucking media outlets and news stations this week. According to ABC7 News, a past office manager named Tina cited that Roby Trucking never cared about safety, nor the truck drivers. Instead, the company’s main priority has always been money.

CHP conducts terminal inspections every two years unless the trucking company rates unsatisfactory. Roby Trucking Company did in 2014 so CHP was re-inspecting them every 120 days. In January, there were more violations and another unsatisfactory rating. Some were so significant CHP took the vehicles out of service and said they couldn’t be driven.

Witnesses have reported that the truck’s brakes went out and that was the cause of the accident, an accident that could have easily been much worse. The  the California Highway Patrol produced records indicating a long history of safety and maintenance issues at Roby Trucking. They include problems with brakes, steering and multiple other mechanical violations.

The most severe violations were faulty steering and brakes which resulted in more than 20 percent of the vehicles inspected being placed out of service. In a yard inspection last October, the CHP found Roby Trucking to be unsatisfactory in all categories, including record keeping. The most serious violation was a roadside inspection that showed one big rig to be overloaded by 16,000 pounds. Anyone that drives a truck for a living knows how dangerous this can be not only for the truck driver, but the general public as well.

The truck driver killed in the accident was Ewell Levy. Considering the past safety history of Roby Trucking and the consistency of safety violations over the years and taking into account what many witnesses claimed, we have good reason to believe that Levy was driving a truck that wasn’t up to safety standards and requirements.

“It’s our policy to do that it’s by law that we have to give them due process to be able to fix the issues that we identify. This collision could have been avoided if the company had made sure their vehicle was properly maintained,” said CHP Golden Gate Division Public Information Officer Daniel Hill.

Each time CHP investigated Roby Trucking, an additional 120 days was given to the trucking company to correct all safety issues. The company failed to get compliant.

Now, I think we’re left to question the process and law. With so many safety violations and unsatisfactory ratings, why was Roby Trucking still running trucks? Did our laws fail to protect Ewell Levy? Of course, we don’t know exactly if the Pittsburgh restaurant crash was due to underlying safety issues but we will find out soon. Until then, all we can do is speculate.

Roby Trucking was due for another inspection in 2 months. If there were more violations, CHP could have the right to revoke their carrier permit. The only question, was it 2 months to late? 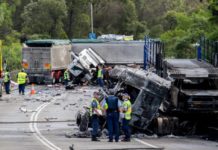 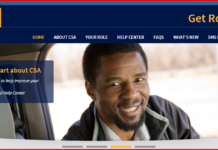