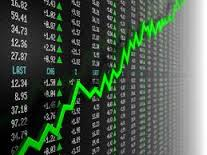 The March index was revised to 117.1 from 116.7 in last month’s release. Smaller upward revisions were made for December and January. The Freight TSI measures the month-to-month changes in freight shipments by mode of transportation in tons and ton-miles, which are combined into one index. The index measures the output of the for-hire freight transportation industry and consists of data from for-hire trucking, rail, inland waterways, pipelines and air freight.

The April increase in the freight index was led by trucking and rail intermodal, which grew rapidly for the third month in a row. Rail carload growth slowed after fast growth in March. The freight index has now risen for three consecutive months following a bottom in January that was largely weather-related and affected the entire economy, as measured by the GDP decline in the January-to-March period.

With three consecutive monthly increases, the index rose 3.0 percent following the weather-related low in January. In April, the index reached its second highest all-time level (117.6), almost returning to the all-time high (117.8) set in November before the winter decline. After dipping to 94.8 in April 2009, the index rose by 24.1 percent in the succeeding 60 months.