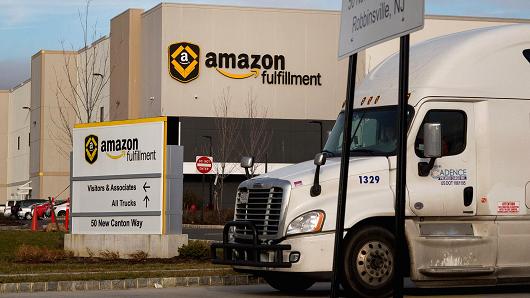 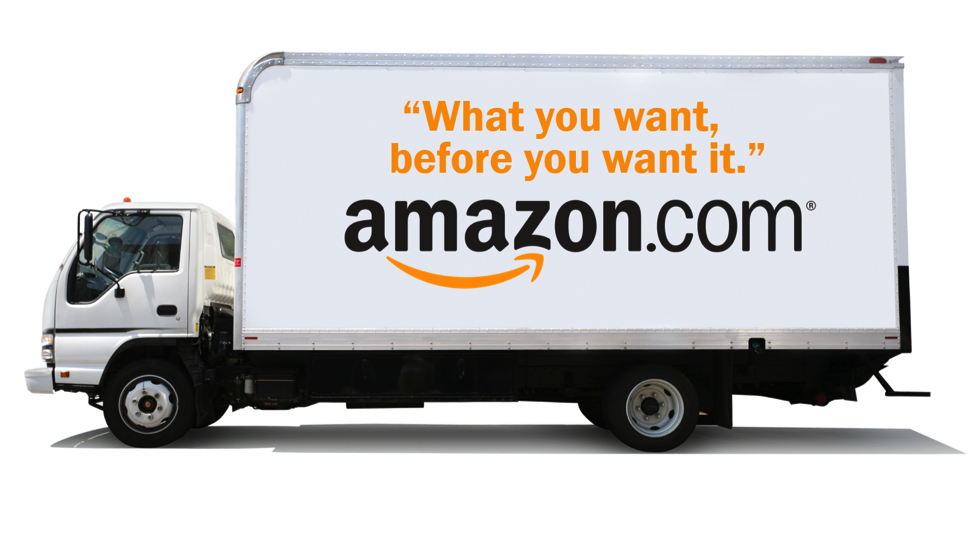 Amazon.com is implementing a game changing strategy, using a delivery truck fleet for shipping orders to customers. The idea of starting to put together a private delivery system is not new for Amazon. In fact, it has been in the testing stages for several years. Only Amazon’s recent purchases of trucks and trailers is really news, the total unofficially numbering in the thousands.

Over the next weeks Amazon will be rolling out this fleet of transport semi trucks displaying the brand logo of ‘Amazon.com’ or ‘Amazon Prime’ like moving affiliate billboards on wheels. The Amazon trucking fleet will be utilized to transfer inventory between distribution centers, shuttle inbound inventories and gain more control over their customer shipping process. The decision to create a flagship fleet for delivery purposes is making many users, customers and competitors uneasy.

Amazon has always been an unusually progressive and calculating company, but their business model is as fluid as their brand name implies. They flow and change like a river, at least in theory. No other retailer has surprised the online industries, developed more rapidly, showed more consistent increases in profitability and still be accused of questionable practices

To understand Amazon’s real motivations for creating their semi-truck fleet, a few possible questions come to mind. Each equally important in understanding Amazon.com, as it enters a new stage of development for it’s business model today. 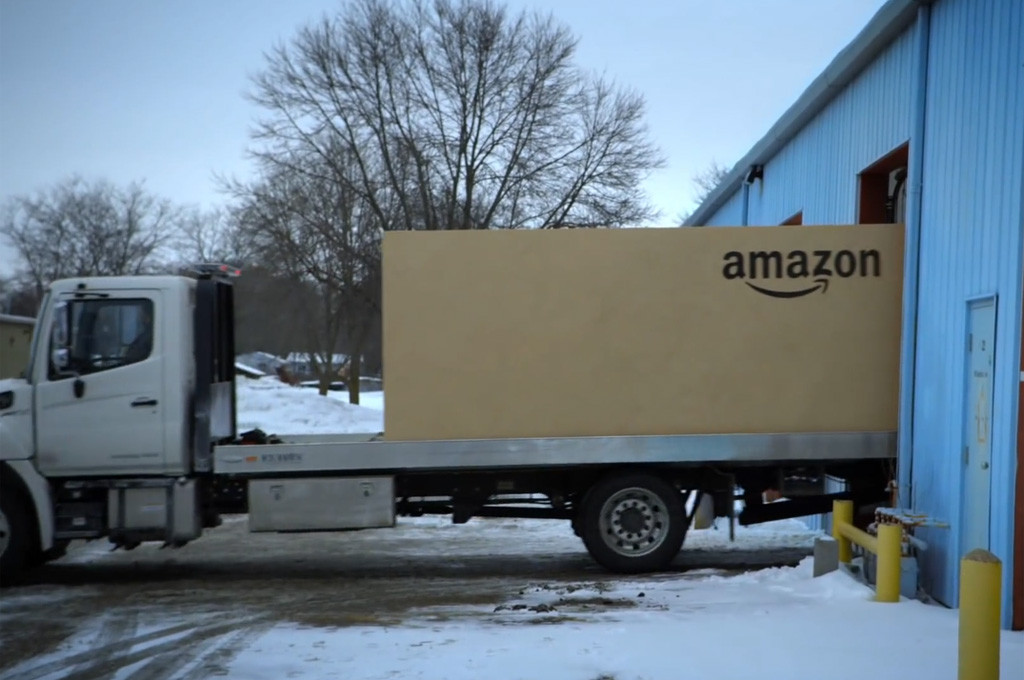 What is Amazon Planning?

The creation of an independent delivery system is something that Amazon has been beta testing for years. Several years ago, the retailer introduced test versions of delivery services for perishable products with Amazon Fresh, known for their cute green painted vehicles. Amazon has negotiated terms with USPS for Sunday deliveries over the last two years, along with attempted agreements with DHL, Fed Ex and UPS less successfully. During these same time periods, Amazon was buying up distribution location centers around the United States, so they could drop ship and shuttle products from a wider number of localized stations.

In recent times, Amazon.com leaped forward technologically by introducing front door delivery with drones, again in a beta test version only. Also the retailer has continued to push online users to buy digital subscription services like Amazon Prime, Kindle Books and Cloud Music utilizing no physical product inventories. In fact, Amazon would seem to prefer not to interact with customers, except during the front end and back end of most transactions.

Therefore the goal seems obvious for this hugely successful website, if not actually being thrown in the faces of all the competition for shipping and delivery transport. Amazon is intent on eliminating the biggest overhead cost to their company, the expenses associated with delivery, shipping and distribution of products. 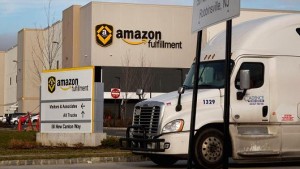 Why is Amazon Building a Semi-Truck Fleet?

Amazon sells products to nearly every location in the United States and their ability to create a profitable marketplace depends greatly on the ability to control their delivery costs. All sales require Amazon to recoup a huge portion of their retail expenses that get tied up in the costs of shipping customer products. These costs are over 9 % of their total net sales or easily upwards of 6 billion dollars annually.

The use of American based shipping infrastructure has been a drain on Amazon profit margins, but also a cash cow for the transportation industry nationwide. If Amazon.com were to end shipping via third party carries, it would be a major blow to nearly all companies involved with product delivery and shipping everywhere. Companies such as FedEx and UPS would lose nearly one quarter of their seasonal overflow profits, but also large percentages in express delivery customer shipping business. While USPS would lose a primary source of financial stability, which could cause even fiercer competition between their mail services with other carriers.

The ability to undermine the stability of competition within the shipping and delivery industries, could also be motivated by the chance to build a new brand name simultaneously. Amazon will have the opportunity to create a brand name image for their company, as a private transport and delivery system for consumers. At the same time, it is free advertising and loyalty building with thousands of Amazon billboards rolling down the highways for Americans to see.

Amazon has an amazing opportunity to re-brand itself as a company that is interactive and hands on with the public, something they have never been known for as an online company. 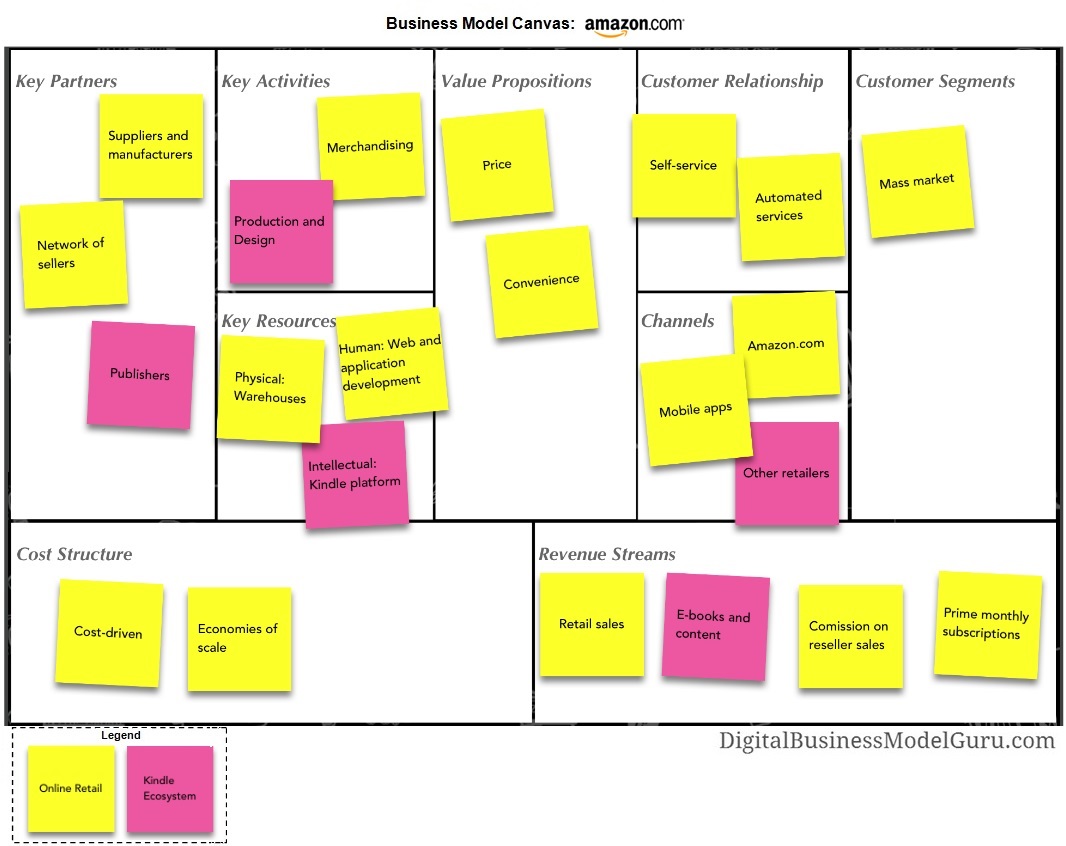 What Amazon Says About Itself…

Asking anything about Amazon’s business model is purely speculation, but what the company says about itself publicly is very revealing. On the subject of shipping and delivery, recent online posts for jobs seem to imply.

One post quoted by the Wall Street Journal states, “Amazon is growing at a faster speed than UPS and FedEx, who are responsible for shipping the majority of our packages. At this rate Amazon cannot continue to rely solely on the solutions provided through traditional logistics providers. To do so will limit our growth, increase costs and impede innovation in delivery capabilities.”

Another job posting referenced by the WSJ says the following about Amazon shipping programs in beta test phases nationally. Describing them generally as,:..a program which is going to revolutionize how shipments are delivered to millions of customers.”

The planning stage is already finished for the Amazon expansion and building of a semi-truck fleet. Only the public attention and media interest is growing, because it signals the potential for big changes within a huge American industry that employs many consumers, their families and others that buy online. Although clear dates are not being given, some speculation could suggest that Amazon will continue expansion of their own flagship fleet and double it by this next year, or possibly more. Nothing would indicate the intention to put less money forward into this investment, unless it is all a smokescreen. 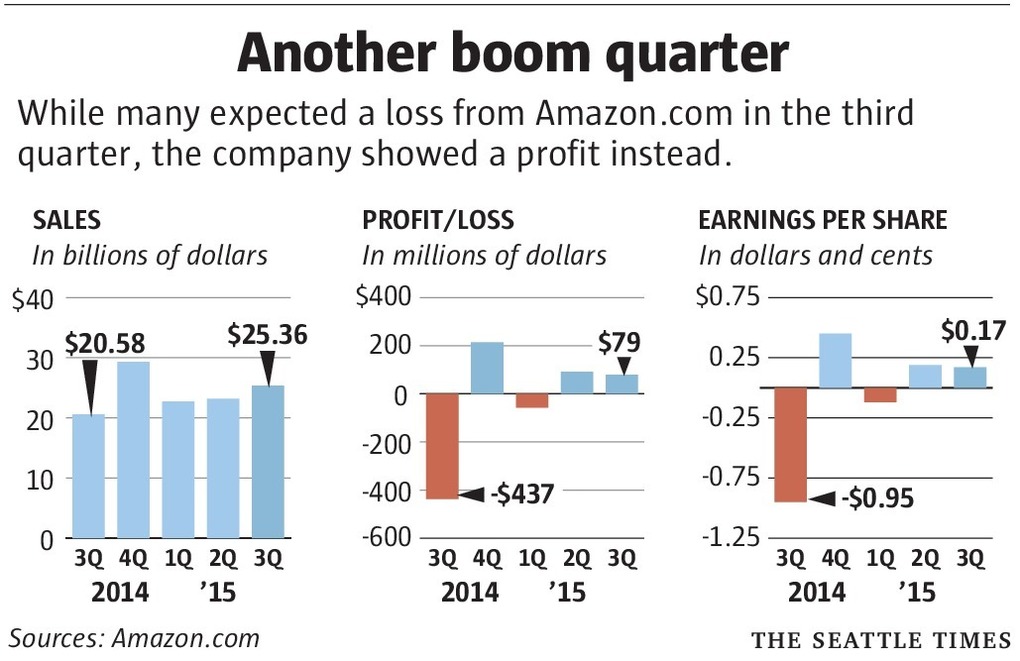 Other voices in the marketplace currently paint a different picture of Amazon’s delivery fleet motivations.

It is possible that all their grand planning is a distraction for the media and consumers to chew on, while in all reality, the company is bleeding from within and losing money on every single product sold publicly. Some data seems to suggest that Amazon makes much less money than ever reported, only keeping up with the necessary costs of shipping by offering ever more ridiculously low priced opportunities. Hence the appeal of digital streaming media content, online music services, subscriptions and downloads for quick cash money.

The investment in the new Amazon semi-truck fleet could be a sign of a sinking ship, but without anyone raising a white flag with S.O.S. written on it. No surrender, no plausible denial and no problems reported, as the company wildly spins into uncharted depths of financial undertow. If this speculation is at all true, Amazon could continue to coast in such a tailspin for years still, before the reality actually impacts investors, employees or the company itself. Because Amazon.com relies on an ethic established years before by CEO Jeff Bezos.

Many readers remember him for many things, but probably forget him saying this about Amazon on their recent 20th anniversary. “Invention comes in many forms and at many scales. The most radical and transformative of inventions are often those that empower others to unleash their creativity – to pursue their dreams. These innovative, large-scale platforms are not zero-sum; hey create win-win situations and create significant value for developers, entrepreneurs, customers, authors and readers.”

In the end, all things will either pass the test of time or they will fall apart. So far Amazon has chosen the road less traveled and it has worked. Also it must be assumed that with a delivery fleet of semis, it will be good for Amazon’s customer service reputation, while allowing their business model to keep on trucking well into the 21st century.